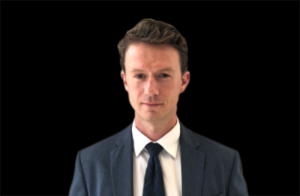 Michael is an associate at Levitt LLP who practices in the areas of labour and employment law. He works hard to find creative but practical solutions for clients’ legal problems through diligent research, careful drafting, and tenacious advocacy.
Before being hired back as an associate, Michael articled at Levitt LLP where he worked with experienced lawyers on a wide array of labour and employment law files. In addition to extensive research and drafting of pleadings and other legal documents, he assisted on an appeal at the Ontario Divisional Court, prepared submissions for the Ontario Labour Relations Board and the Canada Industrial Relations Board and assisted at multiple arbitrations and mediations.
Michael graduated from the University of Toronto Faculty of Law in 2019. While at law school he spent 8 months working full time at Downtown Legal Services in the clinic’s Employment Division and Refugee and Immigration Division. Michael was also involved with the David Asper Center for Constitutional Rights, the Law Review, the International Human Rights Program, and other extracurriculars.
After undergrad, where he majored in political science and French, Michael worked for several years as a framer in Calgary and in the oil and gas fields of northern Alberta before deciding to go to law school.
When not at work, Michael tries to fill his time with outside activities such as running, canoeing, or rock climbing. If that isn’t an option he likes to read and watch the Montreal Canadiens.